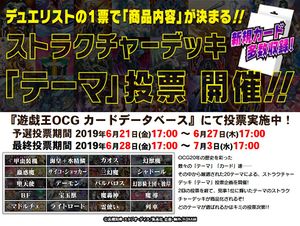 Banner image with all 20 themes

The Structure Deck "Theme" Poll Plan (ストラクチャーデッキ「テーマ」投票企画)[1] was a poll conducted in 2019 to determine what the theme should be for an upcoming OCG Structure Deck in Japan. Voters could choose between 20 different themes.

Voting was conducted on the Yu-Gi-Oh! Official Card Database and required a Konami ID with an associated CARD GAME ID.

The 20 themes to choose from were the following:[3]

The five themes that made it to the final round were (in the order they ranked in the first round):[4] 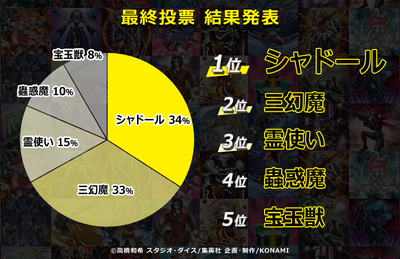