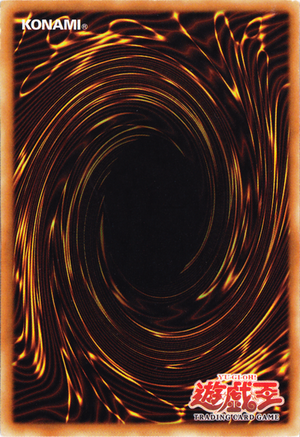 Modern Asian-English cards were preceded by two cards (prints of "Blue-Eyes White Dragon" and "Dark Magician") which used translated Japanese names and lores instead of the English TCG names and lores, printed in a fullwidth font. The modern cards are much more similar to their North American English versions, only differing by the aforementioned logo and (starting with Invasion of Chaos) their card numbers; in addition, all Asian-English cards are printed on the same card stock as Japanese cards, making them stiffer than their TCG counterparts.

Aside from the early "Blue-Eyes White Dragon" and "Dark Magician" prints, Asian-English prints have normally been of Booster Packs, with identical contents to the North American English release of the pack. All Booster Packs up to Enemy of Justice; Crimson Crisis and Raging Battle; the Starter Decks Yugi and Kaiba; and the Structure Deck Lord of the Magician had Asian-English prints. The Duel Monsters International: Worldwide Edition promotional cards were only released in Asian-English, and the Japanese World Championship Qualifier participation cards and World Championship prize cards have normally included an Asian-English card.

"Barrel Dragon" was printed in English for its release with The Valuable Book 5 promotional cards, but because it was distributed within Japan like the other two VB5 promos, it is a Japanese print instead of Asian-English.