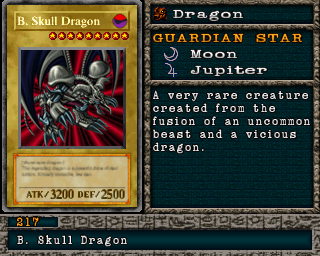 "B. Skull Dragon" can be equipped with the following Equip Magic Cards: