Bronk Stone is a playable Legendary Duelist in Yu-Gi-Oh! Duel Links who appears in Duel World (ZEXAL). This is a video game depiction of Bronk Stone, a character from the Yu-Gi-Oh! ZEXAL anime and manga.

Yellow Gate Keys are required to Duel him at the Gate.

Yuma's lifelong friend and classmate has never lost a Duel against Yuma - until Yuma acquired a Number Card. Bronk may look tough and talk rough, but he always has his friends' backs. He forms "The Super Secret Number Card Investigation Club" with this friends to help Yuma and Astral's Duels. His ace monster is Tin Archduke.

The following Decklist and its cards are given to the player when they unlock Bronk Stone as a playable character.

The following Decklists are normally used by Bronk Stone when encountered at the Gate or found roaming in Duel World.

The following lists are the rewards the player accumulates from having Bronk reach a certain Level. 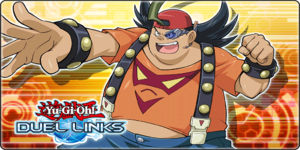 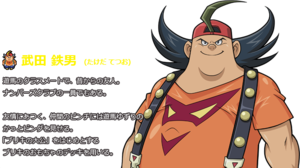 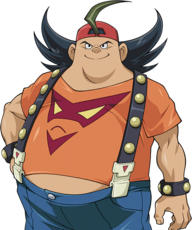