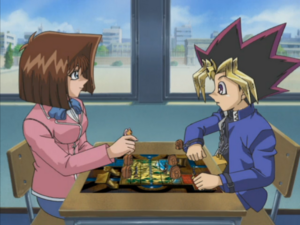 The anime does not divulge much of the rules. 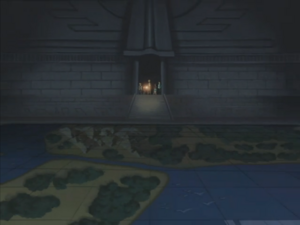 The game board in the Pyramid of Alexander

A map of the World of Capsule Monsters exists in the Pyramid of Alexander, which was used to play an ancient version of the Capsule Monsters game. Stepping on the map transports an individual to the world. This happened to Solomon Muto, who was soon followed by Yugi Muto and his friends. Inside this world, they played a real-life version of the game.[2]

All the pieces featured in the anime are also cards in Duel Monsters, with the exception of the symbol pieces.[1]