Catnipped Kitty appeared as a Duel Monster Spirit in the Dark World, where it was chased by Doom Dozer with several other low-Level Duel Monsters Spirits. 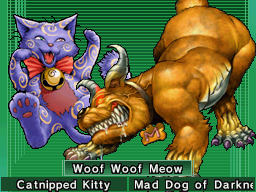