Conventions of 3000 ATK and DEF

The Conventions of 3000 ATK and DEF are general unwritten conventions stating that in order for a monster to have an original ATK or DEF of over 3000, it either must have negative effects to limit its playability, or otherwise have special conditions for being Summoned. This convention is similar to the "Level 4 ATK and DEF conventions". 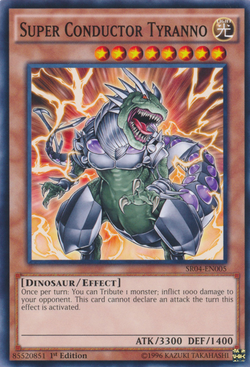 "Super Conductor Tyranno", a monster that breaks the convention by having over 3000 original ATK and being Normal Summonable with no drawback.

In general, monsters with up to 3000 ATK may be Normal Summoned with neither any special conditions nor any negative effects, such as the iconic "Blue-Eyes White Dragon". Many such monsters even have beneficial effects. However, monsters with greater than 3000 ATK should either possess negative effects in order to remain Normal Summonable, such as "Arcana Force XXI - The World" or "Ultimate Obedient Fiend", or must have Summoning conditions that prevent them from being Normal Summoned. All Extra Deck monsters fall into the latter category.

"Super Conductor Tyranno" and "Ogdoabyss, the Ogdoadic Overlord" are currently the only exceptions to this convention. There are currently 211 monsters with over 3000 ATK. 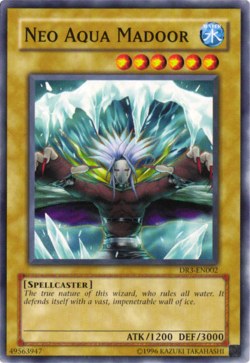 The only monster to break this convention is "Superheavy Samurai Big Benkei", with 3500 DEF but the ability to be Normal Summoned/Set with a beneficial effect to boot. In fact, as its effect allows it to use its DEF score for attacking as well, it may be somewhat considered an additional monster to break the 3000 ATK convention.

There are currently 96 monsters with over 3000 DEF.