Corse is a character appearing in the 5D's installments of the World Championship videogames. His appearance is a palette swap of Usui.

Corse can always be found in the Underground Duel Arena, partnered with Figaro.

Corse's Deck is always titled "Modern Deck", but his strategies change in each game. 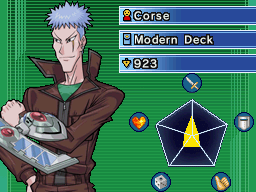 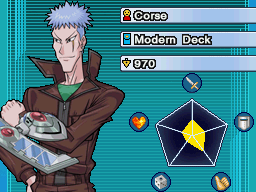