From Yugipedia
Jump to: navigation, search
For Crow's previous teams, see The Enforcers and Team 5D's. 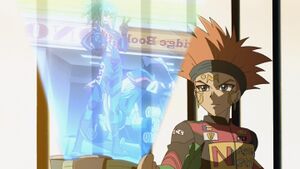 When one member got angry over Crow's decision to quit the team, Crow explained that he has learned all that he could from them. He then switched on a projector, showing an image of Leo, and told them that if they let him join the team in his place they would get a lot further.