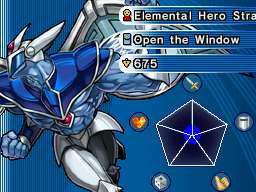 Elemental Hero Stratos appears as a Level 2 Limited Duel opponent, challenging the player to defeat it using a Deck with no monsters that are not WIND.

It was also available as a downloadable Ghost opponent.