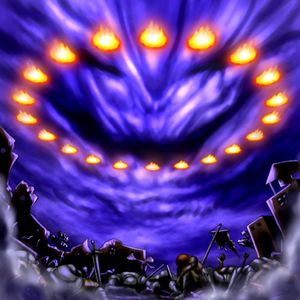 Certain victory, if you can survive for 20 turns.

This deck is considered a Classic Deck, this page is used to tell the history of a deck rather than how it is played now. This can happen either from mechanics of the game changing, changes from the "TCG" or "OCG" Forbidden/Limited List, or the deck has slowly lost it's ability to be played over time due to years of no support or neglect.

While not entirely unplayable, as long as "Final Countdown" remains at 1 in the "TCG" Forbidden/Limited. It remains so inconsistent that many other Win Conditions will prove easier.

As the name already implies, this deck uses the card "Final Countdown" as its major win option. The overall plan is to stall the game for 20 turns total (being 10 of your turns, and 10 of your opponent's turns). Any player in what is known to us as "Modern Yugioh" will automatically see a glaring problem with this effect, since most games do not exceed turn 5; therefore, this deck tries to stall out all those turns, knowing that the win comes eventually. "Battle Fader", "Swift Scarecrow", "Speedroid Menko", "Messenger of Peace", "Nightmare's Steel Cage", "One Day of Peace", "Swords of Revealing Light", "Threatening Roar" and many more options in this deck have only battle negation in mind.

The deck can possibly have alternate win conditions, for example "Metaion, the Time Lord", "Lava Golem", and/or "Marshmallon", which potentially rack up enough damage by card effects to win that way. This can become your only course of action as soon as "Final Countdown" is negated or simply refuses to get into your hand in decent time.

While time and time management are main factors in this deck, time itself was not particularly nice to the overall strategy. "Final Countdown" was and still is limited for quite some time at this point, which makes your chances of drawing it in the starting hand rather slim. Furthermore, the general speed increase in a normal game is unhelpful to a strategy that takes things slow. Also, most stallers like "Marshmallon" and "Spirit Reaper" suffer from the overall increase in removal-based card effects, which was not that common when "Final Countdown" first emerged as a deck. All of those facts sadly make "Final Countdown" a slow and lackluster strategy.

Currently there are numerous threats to this deck: