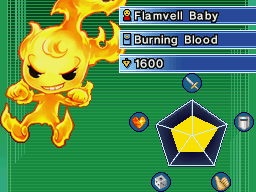 Flamvell Baby appears as a Tag Duel opponent, partnered with Medium of the Ice Barrier. They are unlocked by playing 150 Tag Duels.