From Yugipedia
Jump to: navigation, search
This article is about the terrain. For the Field Spell Card, see Forest. 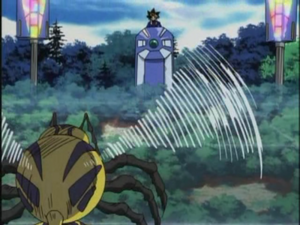 In the manga and anime, the field available for use in the Duelist Kingdom preliminaries when playing in forest regions. It powered up affected monsters ATK and DEF by 30%. Weevil Underwood used this to power up his Insect monsters against Yami Yugi.

In early video games, the field can be changed to Forest by activating "Forest", which grants the ATK and DEF changing effects of "Forest" to the affected area.

In Yu-Gi-Oh! R, a forest could be created using "Deep Forest". Its effect allowed affected Level 4 or lower monsters to hide in the forest.

In Yu-Gi-Oh! The Duelists of the Roses, this terrain can also be made by using the effects of "Arsenal Bug".