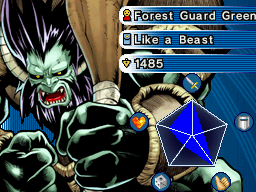 Forest Guard Green Baboon is a Level 6 Limited Duel opponent that challenges the player to defeat him using a Deck that uses no monsters that are not Beast-Type. 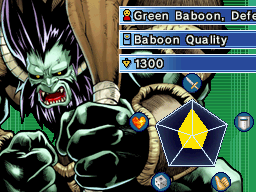