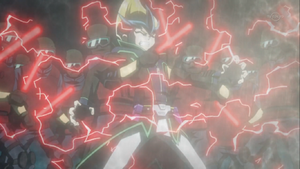 The Heartland police are the city's protectors. When Yuma ended up where a criminal was on the ground (after Kite had frozen time), time begun to flow again, and the police grabbed him.[1] They tracked down Charlie McCay, whom had taken "Number 7: Lucky Straight". Although they tried to get him to hand it over, he used the power of the "Number" to get away. Despite their continued efforts, they were unable to capture him.[2] 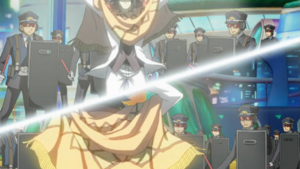 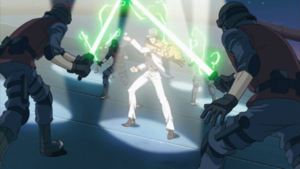 The dub-recolored versions of the stun batons.