IV (, Fō) is a alternate incarnation of Quattro, a character from the Yu-Gi-Oh! ZEXAL anime, appearing in the Yu-Gi-Oh! D Team ZEXAL spin-off manga. He is currently the Asian Champion.[1] 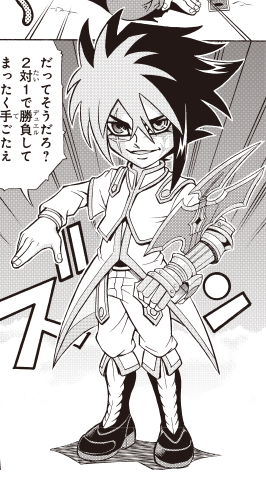 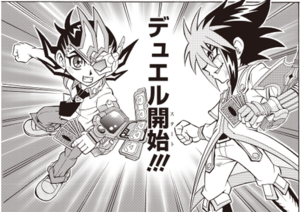 IV challenged Team ZEXAL as they were the winners of the Team Duel Tournament, where he easily managed to defeat Tetsuo and Takashi. After winning, he made fun of them which angered Yuma who then challenged IV to a Duel. Yuma then managed to win, causing IV to fall to the floor in rage.[1]

IV later appeared at the Duel Team Carnival, having formed a team with his brothers, III and V.[2]