In the Yu-Gi-Oh! ARC-V anime, in order to travel among the Four Dimensions, Interdimensional Travel Technology is used.

To serve their interdimensional invasions, Duel Academy possesses these kind of devices. One of these machines is a vertical tube that, when activated, produces a purple plasma-like energy that quickly fills the tube and lets the traveler go through. They also developed minimized devices which look like a wristwatch.[1] This kind of technology can be installed into Duel Disks.[2]

The Resistance also has access to this technology, which allows them to travel to Standard Dimension.[3] By reverse engineering the technology in the Xyz Dimension's Duel Disk, LID was able to modify the Lancers' Duel Disks with the same technology, to be activated by activating special Spell Cards, which contain the destination's coordinates.

Jean-Michel Roger also created his own "Interdimensional Travel Device" which he planned to utilize if he ever had to return to Fusion Dimension, or if Duel Academy invaded Synchro Dimension, he would teleport the entirety of New Domino City itself across the dimensions. In the end, he ended up using it in order to destroy New Domino, but it malfunctioned, which resulted a wormhole to opened up and sent Roger and Zuzu to an unknown dimension. Another wormhole sent Yuya, Gong, Sylvio, and Shay to the Xyz Dimension.[4]

Three years ago Declan's research team created an "Interdimensional Travel Device" which Yusho used in order go to the Fusion Dimension and talk to Leo Akaba. However, it sent him to the Xyz Dimension.[5] 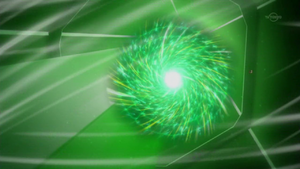 Wormholes can also teleport people to other Dimensions, but they have no set destination and its impossible to predict where they would lead to. 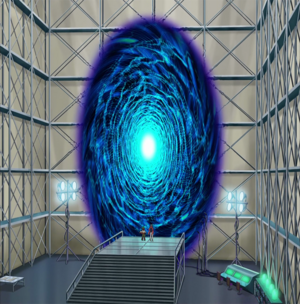 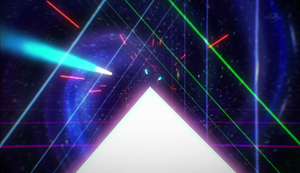 After the events that led to the recreation of the ARC-V Dimension following Riley and Ray's victory and endeavor to seal Z-ARC's soul. The presence of power from ARC-V, an "Interdimensional Corridor" was generated allowing for the Four Dimensions to be connected with one another.[6]