Kalin Kessler, known as Kyosuke Kiryu (鬼柳京介, Kiryū Kyōsuke) in the Japanese version, is a character from the Yu-Gi-Oh! 5D's manga. He acquired his Duel Dragon, "Void Ogre Dragon", after performing the ritual to summon the Skeleton Knight in order to give him powerful cards. Kalin enters the D1 Grand Prix to exact his revenge on Jack Atlas, but ultimately loses and retires from the tournament.[4]

Kalin has light blue hair, primarily in long bangs that cover his face. He also has pale skin, blue eyes and a Criminal mark that he has had since he was young, but how he acquired it is unknown. Kalin's usual outfit consists of a light blue shirt, black pants and shoes as well as a long-flowing trench coat. Whilst a subject at V.S.S.L., he wore a white shirt, pants and shoes with the number "0" on the shirt sleeves. When his Duel Dragon's miasma took control of Kalin, the whites of his eyes turned black.[5][4]

Kalin drives the Giganto L Duel Runner which he used throughout the D1 Grand Prix. He was also shown using a Academia Disk, but it malfunctioned after he Summoned "Jeweled Red Dragon Archfiend".[6]

While living at the V.S.S.L. facility run by Rex Goodwin, Kalin was extremely kind and selfless, putting the friendship with the other children there over anything else. This was shown when his value of friendship made him lose the opportunity to leave the facility, acquire a Duel Dragon and become Rex's adopted son.[5]

After Jack won what Kalin lost, he became filled with rage to the extent that he stole "Jeweled Red Dragon Archfiend" and set off a bomb off within the facility. He then prayed to the Skeleton Knight which bestowed upon him his own Duel Dragon, "Void Ogre Dragon". Throughout the preliminaries of the D1 Grand Prix, Kalin refrained from overtly showing his hateful personality, opting to behave emotionless and laid back, only displaying slight annoyance when Akiza put him into a corner during their Duel. Akiza notes that Kalin rides as if he fears nothing.[7] Kalin also has a habit of mentioning "satisfaction", for example, that Akiza's Duel could not satisfy him, and that he Dueling is unfulfilling[8]. According to himself, the only person which truly "satisfied" him was Jack Atlas, who defeated him in a fierce Duel, though upon seeing Yusei Fudo defeat Greiger, he suggested that Yusei might be able to satisfy him.[9]

Whilst under the influence of the miasma of "Void Ogre Dragon", Kalin became psychotic, laughing and grinning uncontrollably whilst viciously assaulting Jack during their Duel. He also had a habit of sticking his tongue out.[5][4] However after the Duel, he returned to his usual self.[4] 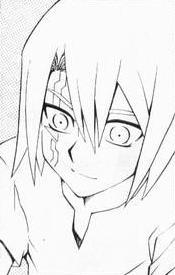 In the past, Kalin was imprisoned in the V.S.S.L., a Facility owned by Rex Goodwin. There, he was Jack's roommate. In V.S.S.L., Rex performed tests with the prisoners in order to find holders for a Duel Dragon. Kalin showed affection to his friends, other prisoners, and wanted to somehow free them.

One night, Kalin decided to Duel Jack, because the two treated their opponents completely differently—Kalin treated them with respect whereas Jack taunted them for losing. Kalin made the decision to let Jack win, because he did not want to leave behind the friends he made at the Facility. Jack won the Duel and as a reward, Rex gave him the "Jeweled Red Dragon Archfiend" card. Annoyed by Jack receiving this prize, Kalin stole the card and set explosives off in the building, running away in the process. Kalin's theft of his Duel Dragon filled Jack with hatred.[10] In actuality, Kalin stole the card in order to protect Jack; while Jack was away, Kalin discovered the truth about Goodwin's plans for the V.S.S.L. facility—how all the children there, including Jack, are nothing more than guinea pigs to Goodwin. Kalin caused the explosion in an effort to foil Goodwin's plan.[11]

At some point later on in his life, Kalin performed a ritual to summon the Skeleton Knight, who gave him the "Void Ogre Dragon" card. Kalin was unable to fully control it, and it affected his personality.[12]

Kalin made his debut at the D1GP Tournament along with Crow Hogan, which made Jack Atlas smirk as he knew that both were competition.[13] He was then seen observing Yusei Fudo's Duel with the other contestants and was surprised at the power of Yusei's new developed Sense which he used in order to win against Greiger.[14] 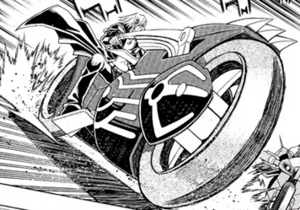 Kalin wasn't seen for a while until his first Duel within the D1GP, in which he was seen swiftly defeating an unknown Duelist with ease and maintaining his Life Points at 4000 throughout the Duel.[15]

Kalin was then later selected to become Akiza Izinski's opponent within the second round of Duels within the D1GP. Throughout the Duel, Kalin maintained control of the field within his terrifying Handless Combo along with the "Void" cards, which forced Akiza into a corner.[16] She then managed to Summon her secret ace, "Rosaria, the Stately Fallen Angel", and forced Kalin into a corner, but he swiftly fought back by Summoning his own ace monster, "Void Ogre Dragon", and wiping Akiza out.[17] 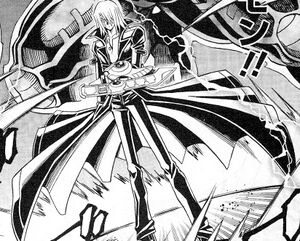 After Jack's Duel with Sect Ijuin was interrupted, Kalin appeared before Jack and revealed he had "Jeweled Red Dragon Archfiend" by Summoning it in front of him, after which he revealed some of his knowledge about Duel Dragons. Jack quickly went to intervene, but as Kalin Summoned the card, his Duel Disk began to malfunction, as the card was merely a copy of the original.[18]

Later on, during the second stage of the D1GP, Kalin meets Jack in the destroyed ruins of V.S.S.L. and they discuss their past there. Afterwards Kalin gives Jack his card, "Jeweled Red Dragon Archfiend" back, admitting that he hadn't been sure what he wanted back then and that the title of "Turbo Duel Emperor" meant nothing to him, they began a Duel.[10] 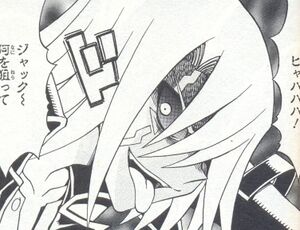 Kalin is taken over by the Dragon's miasma

Jack dominates the early turns of the Duel with "Jeweled Red Dragon Archfiend" and reduces Kalin's Life Points to zero, though Kalin used "Zero Gate of the Void" to summon "Void Ogre Dragon and remain in the Duel. Now possessed by his Duel Dragon's miasma, Kalin initially locks Jack with his Handless Combo Type Zero,[19] but the latter uses his Duel Dragon combined with "Champion's Majesty" and defeats Kalin.[12] The miasma then leaves Kalin, who offers Jack his "Void Ogre Dragon" card. However, Jack refuses it, telling him to put together an even stronger combo than his Handless Combo Type Zero.[11] Jack starts to leave but Kalin stops him as he needs to tell him the truth about the D1GP. After Jack hears everything that Kalin had just told him, Jack decides to head to the Aerial Fortress Seibal and plans to take the power of the Ultimate God for himself. Kalin tries to talk Jack out of it as he and everyone else in the tournament is being used by Goodwin. However Jack points out that the Duel that they just had provided energy for the ritual. Then Jack turns to Kalin and says "The power of the Ultimate God... Don't you think that's perfect for me?". Kalin recalls that Jack said the same thing about obtaining a Duel Dragon card and tells Jack that he never changes.[11] Afterwards, Kalin, resting against debris and smiling, apparently satisfied, retires from the tournament.[20]

Kalin notices light coming from the fortress and realizes that its energy for the Ultimate God's revival and he becomes worried about Jack.[21] Kalin reappears in the Duel Gate to inform Crow that Yusei managed to stop the revival of the Ultimate God. Later Kalin falls to Goodwin's energy drain.[22]

Kalin uses an "Infernity" Deck, highly focused around the Graveyard. Kalin also utilizes the "Void" Trap Cards to protect his Monster Cards from destruction. His Deck is spearheaded by his Duel Dragon, "Void Ogre Dragon".

Kalin's previous Deck had three cards shown, none of which had their effects revealed and one of which was unnamed. Though their Types were not revealed, the monsters were Dragon-like in appearance.