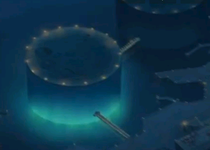 Kite Tenjo's laboratory is a location where Kite Tenjo and Orbital 7 carry out various experiments to locate the "Numbers" as well as various other interests. It is located near the Heartland Pier in the Yu-Gi-Oh! ZEXAL anime. 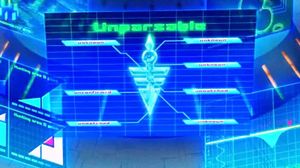 Orbital 7 finds that the Emperor's Key is connected to "Numbers".

Orbital 7 found out that Yuma Tsukumo's Emperor's Key is related to the "Number" cards here, thus visited the Heartland Middleschool under Kite's orders to retrieve it, otherwise he would be turned to scrap. 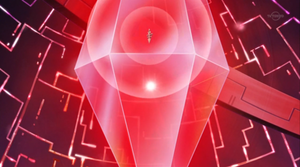 After Kite defeated Reginald Kastle above the school, he flew away with the claimed key and began to study it here. He used Orbital 7's Baria Crystal energy in order to force the key to produce a portal which he could enter. He then entered to Duel Astral and claim the "Numbers" which he holds.

In order to get Astral back, Yuma and his friends ask Mr. Kay to send one of his famous Crashbug Viruses throughout the city in order to locate the key. When one of the virus particles reports the location, Yuma and co run to it. When they get there, the defenses of the facility are too strong but thanks to Mr. Kay's virus, the doors open.

Seeing that there are intruders, Orbital 7 sent out his brothers, Orbital 5 and Orbital 6 to dispose of Yuma and his friends. But they managed to distract the machines so that Yuma can find Astral. 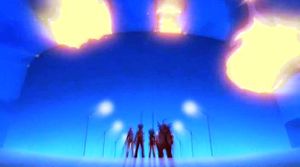 The laboratory beginning to explode.

The building later exploded, which Yuma's friends think killed him as they didn't see him exit, but he managed to escape it by hiding in the Emperor's Key until the flames had died down. During the opening ceremonies of the World Duel Carnival, Mr. Heartland questioned Kite on the mysterious explosion which occurred here which Kite replies that there was a malfunction with some of the machinery (in the dub, Kite lied to Mr Heartland that he didn't know anything about the incident). Later in Yu-Gi-Oh! ZEXAL II, this laboratory was rebuilt at Heartland Tower as a place for Kite and Orbital 7 to research about the Barians. 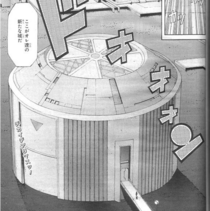 Kaito's laboratory in the manga.

In the manga, Kaito uses this laboratory as his new hideout after he fled from the Heartland Tower.[1]