LP Survival is a challenge mode in Yu-Gi-Oh! World Championship 2007.

It consists of dueling against random opponents available for regular CPU Duels one after another. 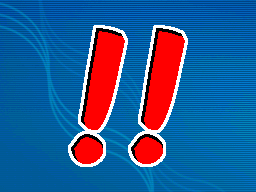 The double exclamation mark that precedes a Ghost opponent

During LP Survival streaks, after an opponent is selected, the lower screen can ocassionally flash and show a double exclamation mark while playing a sound effect. If this happens, the next opponent will instead be one of the Ghost opponents the player can choose to duel in CPU Duel.

There are 12 human opponents (Don, Lemon, Sai, Topaz, Folza, Yama G, Takeshi, Yasuto, Vanvan, Samba, Edmonde, Qua) that are treated as Ghosts by the game who first appear in LP Survival ∞. Any such opponents the player defeats will be added to the Ghost list in CPU Duel, and will have a chance to randomly appear on any LP Survival as any Ghost would. They can be deleted and then added to the list again by running into them again in LP Survival ∞ and defeating them again.

Players that did not download Ghosts from Wi-Fi before the discontinuation of Nintendo Wi-Fi Connection and also did not connect with Spirit Caller or Nightmare Troubadour will not run into Ghosts until LP Survival ∞.