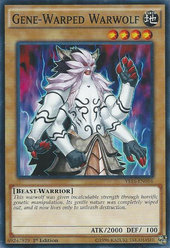 The ATK and DEF of a Level 4 or lower monster tend to be limited by two unwritten conventions: the "2000 ATK convention" and the "2200 DEF convention". These conventions state that for a Level 4 monster to have an ATK or DEF equal to or higher than these values, it must have some kind of negative effect or other restriction (such as being a Nomi monster). For example, "Meklord Emperor Wisel" is a Level 1 Monster Card that has 2500 ATK and DEF; however, it cannot be Normal Summoned or Set. 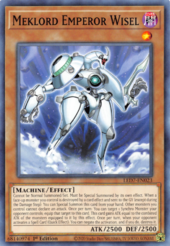 For example, "Thunder King Rai-Oh" has 1900 ATK and is thus permitted to have a beneficial card effect. Conversely, "Panther Warrior" and "Zombyra the Dark" have 2000 and 2100 ATK respectively, and thus have the negative effects of requiring a Tribute in order to attack and losing ATK upon attacking, respectively.

During the TCG reveal of "Alexandrite Dragon", the second ever such monster, it was described as having "the maximum possible ATK for a Level 4 Normal Monster."[1]

There are currently 98 Level 4 or lower Main Deck monsters with 2000 ATK or more in the TCG/OCG. 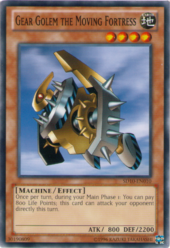 By convention, if a Level 4 or lower Normal Summon monster has more than 2200 DEF, it must have some negative effect or other restriction.

For example, "Gladiator Beast Hoplomus" and "Gear Golem the Moving Fortress" have 2100 and 2200 DEF respectively, and are allowed to have positive effects. Conversely, "Big Shield Gardna" has 2600 DEF and has the negative effect of being forced to switch to Attack Position after being attacked. "Noble Knight Brothers" (which has 2400 DEF) does not have a negative effect that is relevant while it is in Defense Position, but does have an effect that restricts its attacks.

Currently, no cards in the OCG/TCG break this convention.

There are currently 31 Level 4 or lower Main Deck monsters with 2200 DEF or more in the TCG/OCG.

Prior to the release of "Cycliptron" in Maximum Ultra Evolution Pack, the highest DEF on a Level 4 or lower Normal Monster was 1400, although "Ichthyosteguard" previously appeared in the Yu-Gi-Oh! SEVENS anime with 1500 DEF.

There are currently 49 Level 4 or lower monsters with 1500 ATK or more in Rush Duel.

There are currently 13 Level 4 or lower monsters with 1500 DEF or more in Rush Duel.