Note: This article is an unofficial English translation of the official Japanese Master Guide 3 card storylines. The following information is presented in a format closely mimicking the language and format of how the information was presented in the Master Guide 3. Certain images were named in the book while others were not; do not add/rearrange their names, as we wish to preserve the layout. 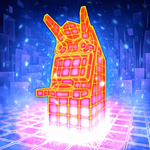 The Unending Struggle in the "Duel Terminal" World[edit]

The history of the battles in the "Duel Terminal" begins with "Synchro Awakening", and unfolds from there. Why are the monsters who live there fighting? What is the fate they follow? What will the conclusion be? Let us talk about the story here.

On this distant star, each tribe or clan fights to ultimately reign supreme. For the longest time, the war just waged on, with no one group holding the advantage. However, this battle that no one thought would ever end was suddenly brought to an abrupt halt, as the "Worms", invaders from outerspace, suddenly crashed on the planet. 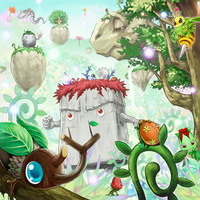 The Invasion of the "Worms" Intensifies[edit]

The invasion of the "Worms" intensifies with each passing day, causing the fight to spread across the continent. Not even the forest where the peaceful "Naturia" lived was an exception. Originally they were a tribe who disliked fighting, but they were forced into combat in order to protect their home.

The cacophony of the wars on the surface cause the "Fabled", who had been sleeping deep within the earth, to reawaken. These gods lended their hand against the invaders, but it was all in the name of fulfilling their own ambitions.

The World is Swallowed Up in Chaos[edit]

The advent of the "Fabled", along with the "Worms", drove the world to the height of chaos and confusion. Even when they've been defeated time and again, the "Worms" reappear the next day like crashing waves in the midst of a storm. And with the "Fabled" interfering in fights as if to ridicule them, those who fought found themselves increasingly fatigued.

The Second Dragon is Released[edit]

Having cut themselves off from "Ally of Justice", the "Mist Valley" clan had been fighting without help from anyone else, forcing them into a difficult battle against the unending hordes of the invaders, unable to call for aid. However, troops suddenly appeared from a gust of wind. These troops that rushed to help with the crisis of "Mist Valley" were the legendary dragon knights, "Dragunity".

The Final Battle Against the "Worms"[edit]

The invasion of the "Worms" became increasingly strangely sporadic, but the tribes and clans hurried on constructing their ultimate weapon, suspecting a final battle was in order. And then, a gigantic ominous "Worm", that no other up to this point could be compared to, emerged...

A Force Opposes the Gods[edit]

Freed from the threat of the "Worms", the tribes and clans were uproariously joyous. But their joy did not last long. The "Fabled" who had calmly been watching finally made their move, in a scheme of world conquest. On the other side, the "R-Genex" and the "Ally of Justice" negotiated, and agreed to work together.

Due to the endless struggle, the world had been ravaged. Based on the stituation, the "Ice Barrier" was determined to break the seal of "Trishula", the final Ice Dragon... Without knowing that doing so would lead to the destruction of the entire planet. 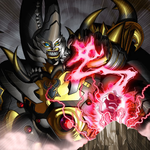 The Storm of Conflict Arises on a New Stage[edit]

In "Vylon Descends!!" a new story in the Duel Terminal begins. As four tribes endlessly quarrel with one another, the armies of light and darkness appear before them. As these tribes fight each other for their own reasons, they are inevitably dragged into a battle between light and darkness.

The Light Shines on the Earth and Fire[edit]

As the "Laval" continue to attack, the "Gem" tribe decides to finally resist these foes to the bitter end. But amidst their struggle, the "Vylon" descend from the heavens.

The "Gusto" and "Gishki" have fought over and over, countless times. But while the two clashed, the "Steelswarm" appeared before them, who began to ravage and devour everything in their sight.

The Threat of Darkness Covers the Whole Continent[edit]

The 4 tribes found themselves invaded and pillaged by the "Steelswarm". Under the wing of the "Vylon", they enter into a temporary truce to fight back.

Those Who Were Given Power[edit]

A Direct Showdown between Light and Darkness![edit]

"Those who lose will be eaten." Against this extreme stituation, the tribes continued to fight fiercely against the "Steelswarm". When it appeared everything above the surface, exhausted from the battle, would be consumed by "Steelswarm Hercules", "Vylon Omega" descended from the heavens. 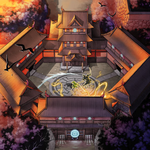 Those who assisted "Shien" in the past each now hold an important post. However, in their younger years, they stood on the battlefield with "Shi En" as the "Legendary Six Samurai", who were the predecessors of the "Six Samurai". These were the talented, powerful elite who stood alone on the battlefields of the wartorn country, amidst civil war.

"Shi En" charged across the battlefield as a central figure in the "Six Samurai", with many severed heads lying in his wake at every battle. The young warrior climbed his way up with his inborn craftiness and cunning wisdom, as it didn't take much time for his name to be carved into this area of civil war.

One of the warriors of the invincible "Legendary Six Samurai"; with his keen eye and elegant swordsmanship, he has rescued "Shi En" from disasters many times. Nowadays he is the "Grandmaster", who guides the current "Six Samurai".

Those Who Serve Shi En[edit]

Skilled and abled followers who serve "Shien", who in turn discovered their skills. Even if they were but a mere soldier, he would appoint those with true talent to a post more befitting their talents, and as such, a great number of people desire to serve as both samurai and bureaucrat under "Shien". Simply because of this ease of judging one's character, "Shien" was able to march down the otherwise inaccessible road that led to him seizing the whole nation. 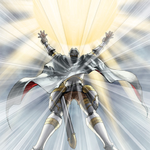 The Army of Light that Enforces Justice[edit]

The swords they carry, the armor they wear, the clothes they're wrapped in, all dazzle and glitter like platinum. They are the "Lightsworn", who look and fight like heroes. Where do they come from? What do they fight for? The secret is revealed here.

The "Lightsworn" are a group who enforce justice. They are called from beyond space and time when people desire peace, and maidens cry pure, genuine tears. Once there, they seal and destroy the wicked, leaving not a trace behind.

At the Front Line: The Advance Guard[edit]

The Backline Troops: The Magicians and Spellcasters[edit]

The Greatest Power of the Lightsworn[edit] 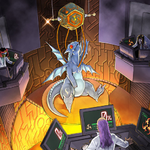 Nestled on the outskirts of Darkworld (Makai), there is an abandoned laboratory. There, notes were discovered that detailed the findings about the structure known as the "Iron Core of Koa'ki Meiru". Here, all that was written down on the research that remains readable will be exposed to the public... 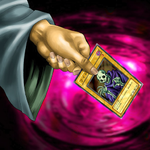 Discovery from the Graveyard! A Look-A-Like of Mr. "Skull Servant"![edit]

Let's Look for Mr. "Skull Servant" Hidden in These Cards[edit]

Do you grasp the appeal of the very loved and adored Mr. "Skull Servant"? If encouragement continues, then even more cards that'll make Mr. "Skull Servant" even stronger won't be just a dream, and will come to life! Everyone, let's support him!