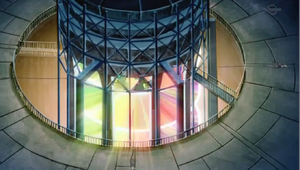 The Old Ener-D was created by Dr. Fudo, Roman Goodwin, and Rex Goodwin. It was created after Dr. Fudo discovered Planetary Particles by R.R.D., it was the main power supply for all vehicles. However it began to rotate inversely, Dr. Fudo decided to stop the project before it lead to the disaster, Zero Reverse. Roman wasn't satisfied, R.R.D. refused to stop the project by the lead of Roman Goodwin. Roman made the project work again which lead to his death, Zero Reverse, and the creation of the dark signers.

Z-one tried to use the Old Ener-D to destroy the new momentum before it destroys humanity. 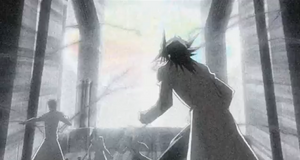 The beginning of Zero Reverse
Retrieved from "https://yugipedia.com/index.php?title=Old_Ener-D&oldid=5055069"
Categories: