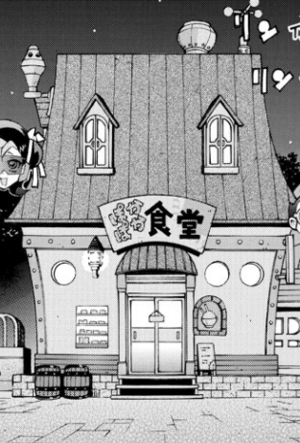 The front of the restaurant.

The restaurant's owner opened the restaurant 20 years prior to the Numbers Club's visit, but he has passed through bad moments with it, because his food tasted awful. However, one day, he found a "Number" card, "No. 63: Shamoji Soldier", and became its holder. The "Number" then attended his wish, making his restaurant become popular. He then framed the card in the back wall of the restaurant. 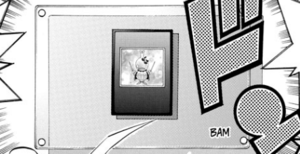 "Number 63: Shamoji Soldier" framed in the wall of the restaurant.

One day, the Numbers Club took Yuma to the restaurant, because they were suspicious about it after seeing people make line in order to eat there. Then, they challenged the owner to Duel, with Yuma betting his "Number", but the owner explained about his history, and Yuma and the others decided to let him keep the "Number".

However, in the same day, Shark appeared there, and defeated the owner in a Duel, taking his "Number". After that, his food became awful again.[1]