From Yugipedia
(Redirected from Regional Tournament)
Jump to: navigation, search 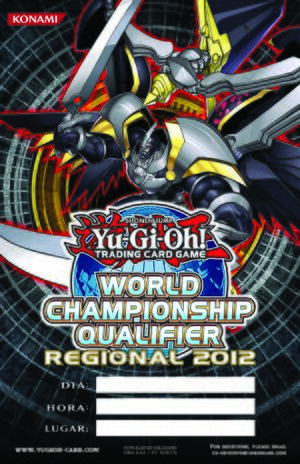 Regional tournament advertisement poster for when Order of Chaos was released.

In that sense, regional tournaments can be considered the first step to the World Championships.

Other promotional or unofficial regional tournaments are sometimes held with no real relation to the National or World Championships but are competitive in their own right due to the bragging rights on offer, as well as a competitive area to test out new deck types and so on.

In the English dub version of the Yu-Gi-Oh! anime, a regional championship was won by Seto Kaiba.

However, in the original Japanese, Seto Kaiba had actually won the Japanese national championship. Meanwhile, Joey Wheeler had entered the Domino City regional championships, finishing in the top eight before being eliminated.