Sense, known as Feel (フィール, Fīru) in the Japanese version, is the term used to describe the sensation inflicted on an opponent in the Yu-Gi-Oh! 5D's manga when they take damage while Dueling. 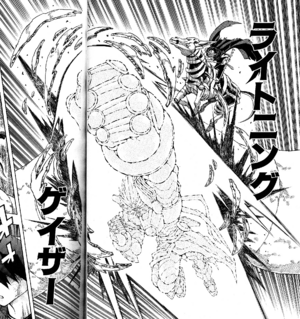 Sense is caused by materializing the Solid Vision from Duel Runners. The magnitude of the Sense is determined by many factors, including distance and timing.[1] Sense can become powerful enough to cause real damage, as breaking steel[2] and damaging the ground.[3] 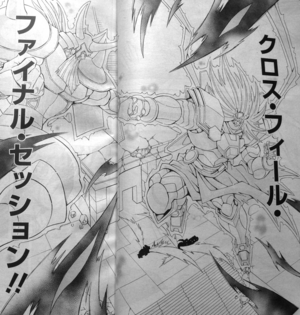 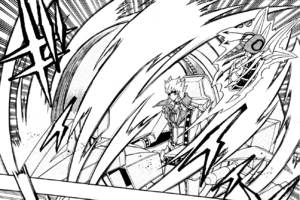 Jack Atlas has also shown a Sense negating called "Sense Banish", known as "Feel Banish" (フィール·バニッシュ Fīru Banishu) in the Japanese version, a kind of Sense that can negate the opponent's Sense by using his own to cancel it out. However, it cannot negate every Sense if said Sense is powerful enough, like the "Shadow Sense" produced by "Duel Dragons".[15] Jack is shown to display an even stronger version of this Sense which causes his Duel Runner to glow crimson as first seen in his duel with Kalin.[16] Later during his rematch against Yusei, Jack is shown to evolve his Sense to allow it to grow crimson wings for his Duel Runner to fly.