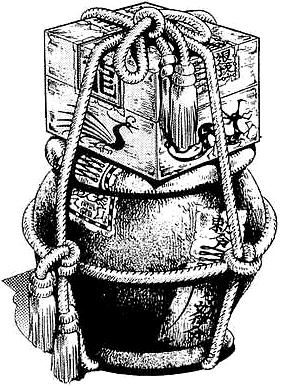 The soul-eating jar and the Dragon Cards sealed-up.

The soul-eating jar, known in the Japanese version as the xing zhen hu (ja: , shin tsen fū; zh: 心鎮壷, xīn zhēn hú), which is Chinese for jar of soul suppression, is a jar in the Yu-Gi-Oh! manga, in which the dragons from the Dragon Cards game are sealed.

The card "Xing Zhen Hu" is based on this jar. 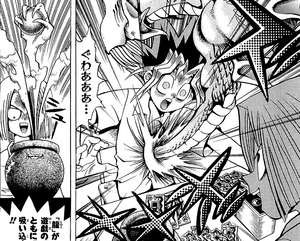 A soul being sucked into the jar.

The dragons consume the souls of people dragged into the jar. This process takes three months and only one soul can be consumed at a time. If a second soul is pulled into the jar, the first one is released.

When Yugi lost to Imori his soul was pulled into the jar. However Dark Yugi defeated Imori in a rematch, causing Imori's soul to be sucked in and Yugi's to be released.