Certain rule elements are omitted (for example, no Damage Step in the Battle Phase). There is no Field Spell Card Zone, nor is there a graphical representation of the Graveyard, Main Deck, Extra Deck or banished cards. 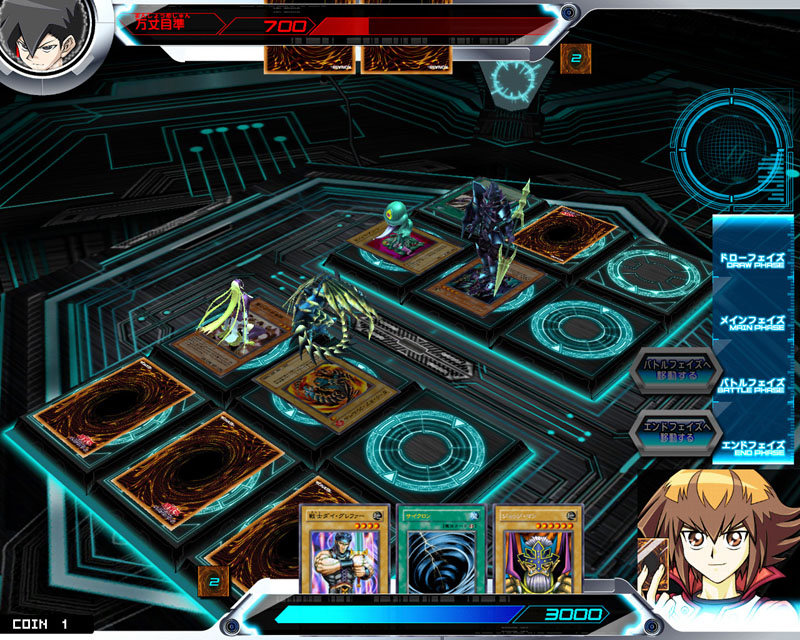 3. Scan up to 3 cards (must be Duel Terminal compatible.) You cannot scan the same card twice.

4. Select a deck. Decks which you can choose will differ depending on what cards you scanned. Furthermore, if you didn't scan 3 cards, random cards will act as a filler.

5. A reel with names of duelists will spin. Touch the screen to stop it. The selected duelist will be your opponent!

6. The Terminal will automatically select an assistant for you. The character will be selected in relation to your opponent, so when your opponent is Jaden, your assistant will be Chazz. (Keep in mind whoever your assistant is will most likely be the same one if you selected multiple Duels, regardless of opponent.)

7. The Duel will start. If you win, the Terminal will tally your actions during the duel to give out a total score.