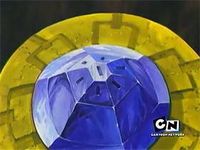 The seven Spirit Gates are gates hidden deep below the Duel Academy, used to protect the Sacred Beasts. They can only be opened by obtaining the seven Spirit Keys, which can only be won in a Duel. Nearing the end of the first year of Duel Academy, the gates are opened, and Kagemaru announces that the gates can be opened by possessing enough dueling spirit. He says at that point that both the keys and the gate were a ruse to provoke Duelists to Duel each other over them and generate the spirit necessary to open the gate. Yubel was later able to break the gate in season three and claim the Sacred Beasts.