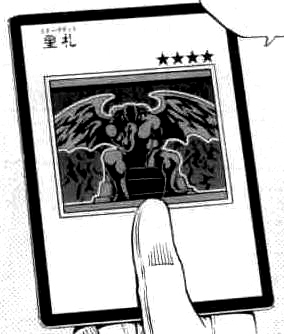 Star Tickets ( Sutā Chiketto) are a total of 12 cards which are used for the second stage of the D1GP tournament in the Yu-Gi-Oh! 5D's manga. The Star Tickets have Levels from 1 to 12, and each of them is located inside the corresponding Duel Zodiac.

Once two participants meet in a Duel Zodiac they may Duel, and the winner takes the Star Ticket featured inside the main pillar. Then, the participant heads to another Zodiac, until they have Star Tickets whose total Levels equal 12 or more, and in that case, head to the Duel Gate.

For example, if a participant obtains the 3-starred Star Ticket, then they shall obtain the 9-starred one, so that they total 12 Levels. If they instead obtain the 10-starred Ticket, they still may head to the Duel Gate, as their Levels surpass 12; however, if they instead obtains the 8-starred Ticket, they may not head to the Duel Gate, as their total Levels are less than 12.