Studying the Origins of the Karakuri 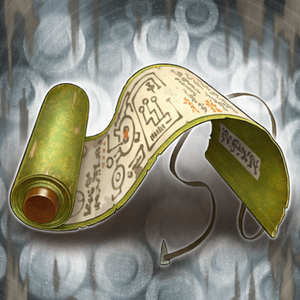 "Karakuri" are characterized by their mechanical movements, such as their ability to change formations. Synchro Summoning accelerates their movements even further.

It's time for the fierce "Karakuri" to head into battle!

Studying the Origins of the Karakuri is the ninth Solo Mode Gate in Yu-Gi-Oh! Master Duel, and focuses on the Karakuri archetype.

Like most Gates in Solo Mode, each Duel can be played with either the player's own Deck or a provided Loaner Deck fitting the theme of the Gate, with separate rewards for each. Completing this gate for the first time unlocks the Traditions of Trickery Secret Pack for 24 hours.

Learn the ins and outs of the "Karakuri" Deck.

This chapter serves as a tutorial for using Karakuri.

A Deck that uses the effects of Synchro Monsters such as "Karakuri Shogun mdl 00 "Burei"" to Special Summon new "Karakuri" Monsters from the Deck, leading to further Synchro Summons. Use the effects of "Gear Gigant X" and "Karakuri Cash Cache" to fill your Hand with key Cards.

A Deck that combines "Karakuri" and "Infinitrack," which share support for EARTH and Machines. Use different Synchro and Xyz Summons depending on the combination of Monsters deployed on the Field. You can unleash powerful Monsters with 3,000 ATK or higher.

This Deck combines EARTH Monster themes "Scrap" and "Karakuri." The key is to use Synchro Monsters differently: "Scrap Dragon" if you have a lot of Cards on your Field, and "Karakuri Shogun mdl 00 'Burei'" if you want to deploy more Monsters.

A deck that enables support from "Ninja" Monsters that exist within "Karakuri" Monsters. Take advantage of the effects of "Hidden Village of Ninjitsu Arts" to increase your chances of activating "Ninjitsu Art."