The Super Secret Number Card Investigation Club or S.S.N.I.C., simply known as the Numbers Club (ナンバーズ・クラブ, Nanbāzu Kurabu) in the manga and Japanese version, is a club formed by Yuma Tsukumo's friends. 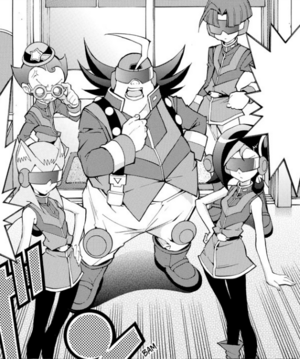