Team Taiyo (lit. Team Sun) is a team participating in the WRGP finals. It is revealed that Taro Yamashita, Yoshizo Hayashi and Jinbei Tanigawa were friends before the WRGP. They lived in the countryside with their families until Taro heard of the WRGP and decided they should have a shot at it.

By pooling their money, they are able to buy one Duel Runner, but it is a piece of junk and requires them to gather replacement parts to get it working again. Taro's father helps with this, even though his hope for Taro's success is lukewarm at best. They also look through the trash just to find enough cards to make a Deck, but practically all of them are low-level Normal Monsters. Even though Taro refuses to give up hope, Jinbei is frustrated by this and goes off on his own to try to move to the city and get better cards. Taro then finds one card that they could work and devises a strategy around it. Jinbei encounters trouble, but Taro and Yoshizo rescue him. After their close escape, Taro announces that he's found a strategy that they can use not only to duel, but to win. While the team remains doubtful that their strategy could work, they nevertheless decide to give it a shot. As the sun rises on the trio, they affirm their identity as Team Taiyo (named for the Japanese word for "sun"), the team that rises brightly each day. 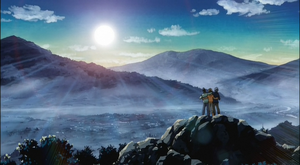 During the preliminary block, they win both of their first duels, putting them into the finals. However, their Machine Day Breaker is damaged during the Diablo attacks, and they are unable to fix it properly. During a test run, they have an accidental encounter with Leo, who scrapes his knee as he dodges being run over.

They take him back to the old hotel where they are staying to treat his injury. As they swap introductions, they are surprised to learn that Leo is from Team 5D's. Yoshizo wants Yusei's autograph, and Leo offers to convince Yusei to repair their Machine Day Breaker, but Jinbei adamantly refuses this. Leo leaves, but later on, he brings Yusei and Bruno to them to offer their help again. Team Taiyo has still made no progress, and even though Jinbei still insists that they should do this on their own, Taro admits that their progress has surpassed his own expectations, and he wants to see how they can do in the finals. Jinbei finally relents, and Yusei and Bruno not only patch the Machine Day Breaker back together, but also improve its speed and handling, to the amazement of Yoshizo, Jinbei and Taro.

During the repairs, Yusei sympathizes with Team Taiyo, who is surprised to learn that Yusei's first Duel Runner was also built from scraps and junk. In fact, he, Jack and Crow all had to pull themselves from the depths of Satellite by finding a new hope. Yoshizo asks Yusei to sign his Deck. When Yusei and Leo see that it seems to only have been built with Normal Monsters, Jinbei hurriedly hides the cards, because both teams are competing in the WRGP and Yusei knowing Yoshizo's cards would be a disadvantage for them. 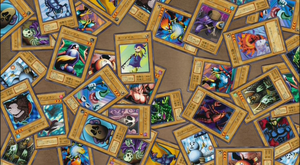 Afterward, the two teams part, and Taro says that if they face, they can duel without regret. In a surprise to both teams, the next day's announcements show that Team 5D's and Team Taiyo will be facing each other in the first round of the finals. Team Taiyo's strategy is a very passive one, and such tactics are quickly booed by the crowd, to which Taro reflects that it has been like that the entire tournament. However, Jack suspects that there is more to it than meets the eye, and he passes those concerns on to Crow, who is able to work them down to their last member, Taro. It is not until the last possible minute that Yusei realizes what their true strategy is—they are aiming to summon "Zushin the Sleeping Giant", a monster with incredible power but also with summoning conditions so steep that nobody bothers to use it.

Despite a warning to Crow, Taro succeeds in the summon, and the crowd is instantly swayed in favor of Team Taiyo for having brought about such a miracle. Likewise, Yoshizo and Jinbei are overjoyed at this support and the fulfillment of their team strategy, and Taro is determined to not let them down. However, just when Taro believes he has the game set for his team's victory, Yusei defeats "Zushin" by combining his own surprise ace monster with card effects left behind by Jack and Crow as well as exposing the weakness to the effects of "Zushin the Sleeping Giant". Team 5D's wins, and Taro is left devastated, apologizing to his friends for being unable to win, but Jinbei gets him to snap out of it, with Yoshizo agreeing that they've still fought an unsurpassed duel and managed to finally be able to summon "Zushin" which was all an incredible feat that was seemingly impossible to them. Team 5D's congratulates them — even though 5D's may have won the match, Taiyo has won the Duel by awakening such wonder in the crowd. Taro cheers back up, and he celebrates with his team. They gladly shake hands with Team 5D's and decide to return home.

In episode 150, they're cheering on Yusei.

The members of Team Taiyo play Stall-Burn Decks. Their decks are made up mostly of weak Normal Monsters they found in the trash due to not having access to any other cards. Their goal is to keep the Level 1 Normal monster "Key Mace" on the field for 10 turns to summon their ace card "Zushin the Sleeping Giant", a monster that no one would attempt to summon because it's summoning conditions are too difficult to achieve in a regular duel. However, since the WRGP Duels are team-based, the special rules used during the tournament treat the entire match as one single Duel so the Turn count doesn't reset after each Duelist is eliminated, allowing Team Taiyo to continue prolonging the duel even if they lose a team member.

They stall by using their low Level monsters with high defense in order to power up "Hand-Holding Genie" and defend themselves from card effects using "Scrum Force". They also use this stalling strategy to inflict continuous damage with "Speed World 2". Their "Stall-Burn" tactics also serve to distract the opponent team from their real goal of summoning "Zushin the Sleeping Giant", as their opponents will focus more on taking down their "Hand-Holding Genie" rather than destroying their seemingly harmless "Key Mace".

Their Decks do not have any rare cards; even "Zushin the Sleeping Giant" is a common card[Notes 1], presumably found in the trash. It is also unknown how they were able to get into the finals, as it is said that no one has been able to summon "Zushin the Sleeping Giant" up until Team Taiyo's Duel with Team 5D's, and no one knew that they were using that card until Yusei figured it out. It can be assumed that they won through using the effects of "Speed World 2".

In addition to their Decks, the Team was shown with a vast amount of Normal Monster cards in flashbacks in episodes 119 and 120.