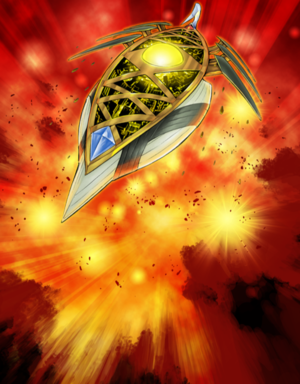 With their varied effects and Pendulum Summons, the mighty power of the "Qliphort" mobile weapons is unleashed when their systems are connected.

Behold their mutated powers that control all life!

The Colossal Mechanical Conch is the fourteenth Solo Mode Gate in Yu-Gi-Oh! Master Duel, and focuses on the Qli archetype.

Like most Gates in Solo Mode, each Duel can be played with either the player's own Deck or a provided Loaner Deck fitting the theme of the Gate, with separate rewards for each. Completing this gate for the first time unlocks the Life Force Control System Secret Pack for 24 hours.

Learn the ins and outs of the "Qliphort" Deck.

This chapter serves as a tutorial for using the Qli archetype.

A Deck with "Qli" Monsters as their central focus. This Deck can also adapt to different situations with various Extra Deck Monsters. While you have "Qli" Monsters in your Pendulum Zone, you can only Special Summon "Qli" Monsters. Try Summoning them after your opponent destroys them or after "Twin Twisters" is used.

A Deck that teaches you the basics of "Qli." Use "Qliphort Scout" to gather the Cards you need for Tribute Summoning "Apoqliphort Towers" and "Apoqliphort Skybase". Be careful not to use up too many LP (Life Points).

A "Qli"-focused Deck that uses high-Level EARTH Machine-Type Monsters. By using "Skill Drain," you will be able to lead a powerful offense with high-ATK forces like "Qli" Monsters that were Summoned without Tributes and "Night Express Knight"!

A Deck that combines "Qlis" and "Yosenjus," two archetypes that revolve around Pendulum Summoning. If you Tribute Summon "Mayosenju Daibak" by Tributing "Qliphort Carrier" and "Qliphort Helix," you can get rid of several of your opponent's Cards in one fell swoop! Try this powerful combo out for yourself.

A Deck that combines two archetypes filled with Pendulum Monsters, "Qliphort" and "Metalfoes." Place "Metalfoes" Cards in your Pendulum Zones to help the two archetypes synergize better. This will allow you to access your key Cards more easily and adapt to any changes in battle.

A Deck that combines the Pendulum Summoning "Qlis" with "Performapals" and "Odd-Eyes." Take advantage of the Effect of "Performapal Trampolynx" to access your best Fusion and Xyz Monsters more easily.