The Glory of the Gladiator Beasts 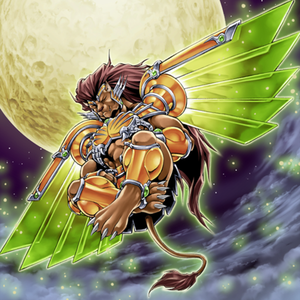 The stage is set for a frenzied fray!

Like most Gates in Solo Mode, each Duel can be played with either the player's own Deck or a provided Loaner Deck fitting the theme of the Gate, with separate rewards for each. Completing this gate for the first time unlocks the Valiant Gladiator Beasts Secret Pack for 24 hours.

Learn the ins and outs of the "Gladiator Beast" Deck.

This chapter serves as a tutorial for using Gladiator Beasts.

This chapter becomes available after completing the first Duel. It can be unlocked by spending 200 WIND Orbs.

A mixed Deck of Beasts, Beast-Warriors, and Winged Beasts that combines "Gladiator Beasts" and "Tri-Brigades." Packed with powerful Fusion Monsters and Link Monsters, it is easy to rebuild your lineup even if your Monsters are destroyed.

A Beast-Warrior Deck that combines "Gladiator Beasts" and "Zoodiac." Take advantage of the ease of calling "Zoodiac" monsters to open the Battlefield, and use the high ATK Points of "Gladiator Beast" Fusion Monsters to inflict damage on your Opponent.