Trueman, also known as Mister T, is a character in the Tag Force games. This is a video game version of the anime character, Trueman. 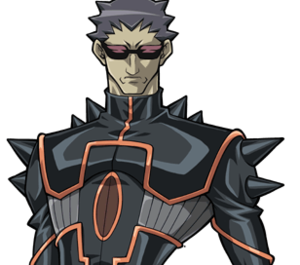 The player and their partner duel against 2 copies of Trueman during the third events of Season 4 Jaden's and in Normal Bastion's stories.

Trueman can appear on the field after finishing Season 4 Jaden's story.