"Wisel" (ワイゼル Waizeru) is an archetype of DARK Machine monsters used by Primo (and later Aporia) in Yu-Gi-Oh! 5D's. It is a group of monsters that assemble to act as one complete monster, the humanoid robot "Meklord Emperor Wisel". "Wisel" is one of the three "Meklord Emperors", the other two being "Skiel" and "Granel".

In the anime, "Wisel" monsters are a mixture of EARTH and DARK, with "Meklord Emperor Wisel" itself being DARK. In video games, all of the "Wisel" cards are DARK.

The 5 basic parts are all Level 1 Machine-Type monsters, and in their artworks the monsters are surrounded by a green light. Some parts have upgraded versions: "Wisel Top 3", "Wisel Attack 3", "Wisel Guard 3" and "Wisel Attack 5" ("Wisel Carrier" being the only part not to have any upgraded form). The upgraded forms have higher Levels, corresponding to their numbers. The related card "Wise Core" can easily Special Summon all of the basic parts at once when it is destroyed by a card effect.

In the TCG and OCG, instead of being 5 separate monsters that combine into one, "Meklord Emperor Wisel" is a single Monster Card. "Meklord Emperor Wisel" can be Special Summoned when a monster its owner controls is destroyed by a card effect, similar to the effect of "Wise Core". The "Top", "Carrier", "Attack", and "Guard" cards have not been released in the TCG/OCG. 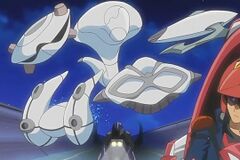