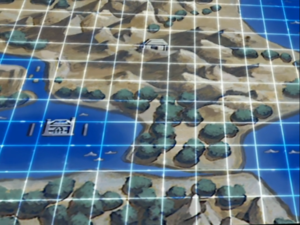 The World of Capsule Monsters

It is an alternate dimension where monsters live and in-series is the basis for the Capsule Monsters game.[1]

A room in the Pyramid of Alexander contains a giant map of this world, used to play a game. Stepping on the map causes one to be transported to the world.[2]

The edges of the world have invisible barriers. While it looks like there is scenery beyond the barriers, if one moves beyond a barrier, they see a realm of nothingness.[3]