Yami Bakura, known as Dark Bakura in the Japanese version, is a character in the Yu-Gi-Oh! World Championship series. This is a video-game version of Yami Bakura. 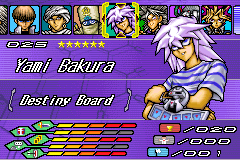 Yami Bakura appears as a Single Duel opponent, unlocked by activating Trap Cards 500 times. He can also be unlocked as a Tag Duel opponent, partnered with Yami Marik, by winning a duel via the effect of "Destiny Board".

Besides his regular appearances in the game, Yami Bakura was available as a downloadable Ghost Duelist for March 2008. 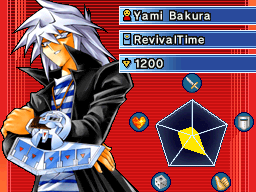 Bakura as a downloadable opponent in World Championship 2008