"The Brave Battler", known as "Naoki Shima the Fighter" in the Japanese version, is the twenty-seventh episode of the Yu-Gi-Oh! VRAINS anime. It first aired in Japan on November 15, 2017, became available with official subtitles via Crunchyroll on the same day, and aired in Canada on December 1, 2018.

As the Deleted phenomenon begins to affect the real world, everyone begins to panic, and LINK VRAINS is put on high alert. Due to something, Naoki Shima decides to fight against the Knights of Hanoi...

Featured Duel: The Brave Battler vs. Knight of Hanoi[edit]

The Duel is conducted as a Master Duel.

Turn 1: Knight of Hanoi
The Knight's hand contains "Steelswarm Hercules", "Hand Destruction", and three copies of "Steelswarm Mantis". The Brave Battler's hand contains three copies of "Green Baboon, Defender of the Forest" and two copies of "Yellow Baboon, Archer of the Forest". The Knight activates the Quick-Play Spell "Hand Destruction", making each player send two cards from their hand to the GY, then draw two cards. The Knight sends two copies of "Steelswarm Mantis" to his GY and draws "A Feather of the Phoenix" and "Soul Charge", while The Brave Battler sends two copies of "Green Baboon" to his GY and draws "Yellow Baboon" and "Wild Nature's Release". The Knight activates the Spell "A Feather of the Phoenix", discarding a card, then targeting a card in his GY to return it to the top of his Deck. He discards "Mantis", then targets and returns "Hand Destruction" to the top of his Deck. The Knight activates the Spell "Soul Charge", targeting any number of monsters in his GY and Special Summoning them, then losing 1000 LP for each monster Special Summoned by this effect, but the Knight cannot conduct his Battle Phase this turn. He targets and Special Summons three copies of "Steelswarm Mantis" (2200/0) (The Knight: 4000 → 1000 LP). The Knight Tributes three copies of "Mantis" to Tribute Summon "Steelswarm Hercules" (3200/0). 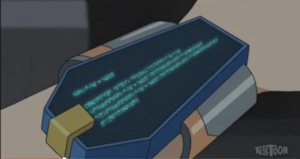 Cyberse Wizard in the dub