EARTH ( Chi) monsters are powerful cards focused on both brute strength and rock-solid defense. EARTH monsters tie with DARK for being among the most numerous and widespread; unless a deck is specifically themed around a particular Attribute, it will almost always have a few EARTH monsters. Decks dedicated to EARTH will often be able to pound an unprepared opponent into the dust; though they rely less heavily upon special effects to win the day, what effects they do have often enhance their combat abilities, such as "Ultimate Tyranno"'s ability to attack every opposing monster in one turn. Dinosaur, Warrior, Rock, Beast, Beast-Warrior, Psychic, and Plant are the most common EARTH monsters, although Insect, Zombie and Machine are also quite frequent, there are others of many different Types. Earth is usually thought of as the opposite of WIND, although there is no direct advantage other than in certain video games (even if this idea also appears in the effects of some cards like "Desert Twister", "Milus Radiant", or "Bladefly"). In a few other contexts it is also seen as the "neutral" element between DARK and LIGHT, as seen in cards like "Sky Scourge Invicil", "Warrior Dai Grepher", and "Warrior of Zera".

EARTH monsters are not greatly supported by other cards, although they have a few. These include: "Giant Rat", "Milus Radiant", "Missus Radiant", "The Rock Spirit", "Gigantes", "Gigastone Omega", "Redox, Dragon Ruler of Boulders" and "Warrior Lady of the Wasteland" (for EARTH Warrior monsters). They also have some, albeit not much, Spell and Trap support such as "Gaia Power" and "Spiritual Earth Art - Kurogane".

"Amazoness" cards are all EARTH Warrior monsters (except for "Amazoness Tiger") and as a result they can use many of the cards that support EARTH monsters, as well as those designed specifically for Warriors and specifically for themselves. The "X-Saber", "Iron Chain", "Naturia", "Ancient Gear", "Machina", "Gem-Knight", "Karakuri", "Scrap", "Geargia", "Madolche", "Traptrix" and "Qli" archetypes are also EARTH. 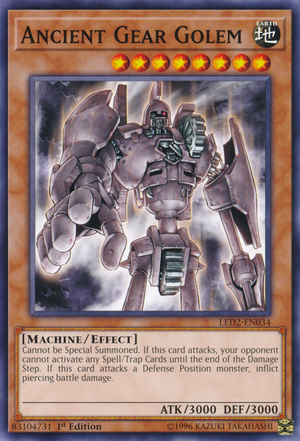