From Yugipedia
Jump to: navigation, search
This article is about the Duel World. For the character, see Grace Tyler. 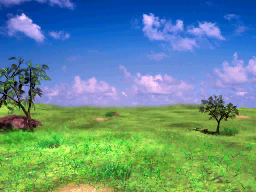 The World of Grace, known as the World of Blessings (恩恵の世界, Onkei no sekai) in the Japanese version, is one of the Duel Worlds in Yu-Gi-Oh! World Championship 2008. It is a peaceful area in which the player begins their playthrough.

Being the first area it is easy. However there are many tricks and the player must defeat Green Guardian - Embust to advance to the next area. 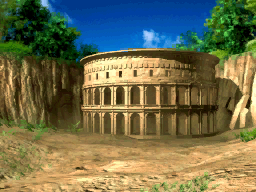 The structure Decks are:

Defeating her using all Decks unlocks Bastion Misawa in World Championship Mode, the Amazoness Disk in the wardrobe and the "Amazoness" card set. 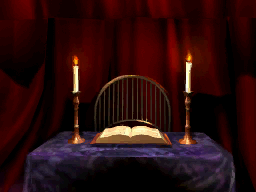 The tent is where the player can go see Crystal Seer and pay 50 DP to get a fortune - this fortune can help the player proceed through the Duel World storyline if the player gets stuck. 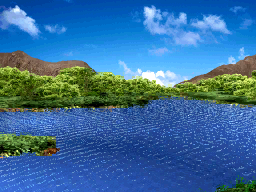 Once in a while, ripples can be seen at the spring, and the player is allowed to interact with them. Upon doing so, the player can run into two different events.

One event has Kairyu-Shin surfacing from the water and dueling the player.

The second event asks the player if they would like to toss 100 DP into the spring. By doing so, Fairy of the Spring will surface and offer the player one card on each of her hands to pick from. One choice will give the player an Equip Spell Card, while the other choice has the game say that the spirit was merely an illusion and their DP has been lost in the water.

There are some Duel Spirits against whom the player can Duel in this world. Defeating each one five times unlocks an opponent in World Championship mode. 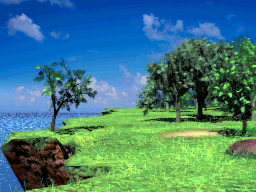 If the player returns afterwards, the player will sometimes see White Magician Pikeru, who will ask for a cute card. After giving her one, she will disappear and there may be a chance that Ebon Magician Curran will appear to Duel. After beating her, she will disappear. The player will have to give Pikeru another card to restart the process. Beating Curran five times unlocks Dark Magician Girl. Giving Pikeru five different cute cards unlocks her in World Championship mode. 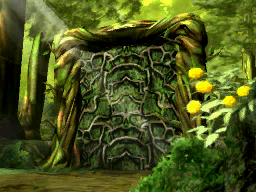 Green Guardian - Embust will present the player with five different Decks to Duel against. Beat three, and he will open the gate, allowing the player to enter the next world; Sunlight. 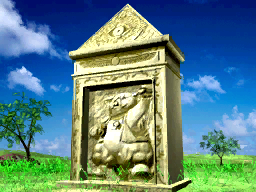 The stone monument, which bears a carving of Master of Oz, will appear once the player has defeated all the Duel spirits. The player must win a Duel, in which they Summoned "Master of Oz" in order to unseal it. For this effort, the player unlocks Tyranno Hassleberry in World Championship mode.