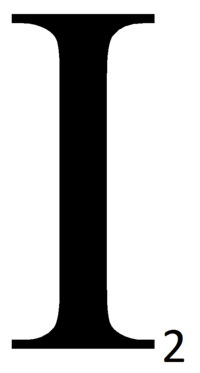 Industrial Illusions (I2 for short, インダストリアル・イリュージョン社 Indasutoriaru Iryūjon-sha) is the name of a company in Yu-Gi-Oh! franchise.

In episode 9 it is shown to be somewhere in California. In the Doma Arc, Industrial Illusions was shown to be near San Francisco.

Industrial Illusions is the company that makes Duel Monsters and publishes Dungeon Dice Monsters worldwide. The company is run by the Duel Monsters game's creator Maximillion Pegasus. The company supplies Duel Monsters expansion data to KaibaCorp. for their Solid Vision holograms (explained in Yu-Gi-Oh! R). He and Seto Kaiba were once old friends when Pegasus was still an active duelist. But in the Duelist Kingdom arc Pegasus teamed with Kaiba's old executives, the Big Five, in order to take over KaibaCorp and use the Solid Vision technology to simulate his lover, Cecelia Pegasus' existence. (In the English dub version, he wanted to use KaibaCorp's technology in combination with the seven Millennium Items to revive his deceased wife.)

In the manga, after Pegasus lost to Dark Yugi and then died at the hands of Dark Bakura, his adoptive son Yako Tenma took over as president of the company. Yako, in his attempt for revenge, took over KaibaCorp, in attempt to revive Pegasus via Project R.A., which ultimately failed. 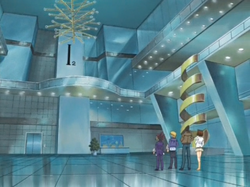 In the anime-only Doma arc Pegasus bought over half of Seto's company but agreed to stop if Kaiba would duel him. Kaiba agrees and flies to Duelist Kingdom and duels him. However, it is later revealed Pegasus was defeated in a duel by Mai Valentine, and Alister was dueling him instead. At the end of the Doma Arc he is freed from captivity along with the rest of Dartz's prisoners.