From Yugipedia
Jump to: navigation, search
This article is about the character. For the monster with a similair sounding name, see "Aleister the Invoker".

Alister, known as Amelda (アメルダ Ameruda) in the Japanese version, is a character in the Yu-Gi-Oh! anime and one of the main antagonists of the Waking the Dragons arc. After all of Doma was free from the Great Leviathan, he redeems himself.

Alister often quarrels with Valon because of each one's personal reasons to go after each one's target (in the dub, they argued over whose target was stronger). Alister also bought over half of Seto Kaiba's company but it's unclear whether he used Maximillion Pegasus's money or money from the Paradius corporation. 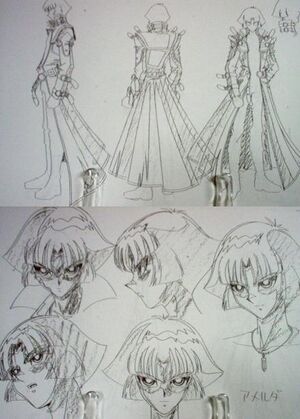 Alister's usual outfit consists of a large open full-body coat with padded shoulders and belted sleeves, a cropped top (that reveals his midsection) and fingerless gloves with studded knuckles. His Orichalcos Stone is worn on a piece of lace around his neck. He carries a Chaos Duel Disk.

In the dub, he has a habit of making fun of the lesser members of Doma by calling them names. He called Gurimo "geezer" and "old man", Rex Raptor and Weevil Underwood "twerps" and "nimrods", and Mai Valentine "Little Miss Loudmouth".

The names of Alister and his fellows (known as The Three Swordsmen of Doma in the Japanese version), in addition to Dartz himself, are drawn from The Three Musketeers; Alister's original name is derived from Aramis, also known as the Duke of Alameda. His dub name is based on Aleister Crowley, the British occultist who created the Unicursal Hexagram, the symbol used for "The Seal of Orichalcos".

When Alister was a child, the country he lived in was torn apart by war. In the dub, KaibaCorp bought the land from the city. When the residents refused to leave, Gozaburo Kaiba decided to force them out. Many were forced to dig tunnels and steal food to survive. 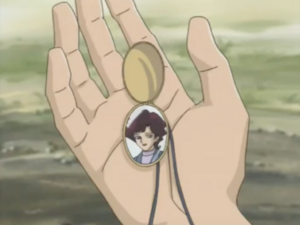 A photograph of their mother Alister kept in his locket

Alister and his brother managed to survive. In the original, there was a war going on between two countries and Gozaburo Kaiba supplied the weapons to both sides. In the English dub, Alister's mother (seen only briefly during the 150th episode inside his locket) and his brother, Mikey, were eventually captured. 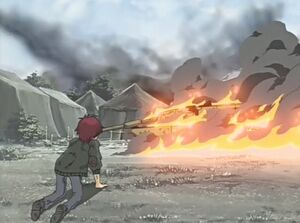 His brother was killed when the tank he was in blew up.

In the Japanese version, his brother was killed when the tank he was in blew up. Alister has hated Seto Kaiba ever since and has designated him as his target. Dartz found him and offered him the chance to join his organization.

Unknown to Alister, Dartz had disguised himself as Gozaburo Kaiba and was responsible for the attack. One of Alister's treasured keepsakes is his brother's broken action figure, Dyna Dude, from the monster "Air Fortress Ziggurat" (for this monster, Dyna Dude is a robot token).

Alister is involved in two Duels, both of which are against Seto Kaiba. In the first one, Alister disguises himself as Maximillion Pegasus and challenges Kaiba. Halfway through the Duel, Alister pulls off his disguise and reveals his true identity and motivation after Kaiba deduces that he's not the real Pegasus.

The Duel ends in a DRAW. In the second Duel, Alister disguises himself as a pilot and takes off with Kaiba on board. Halfway through the flight, Alister puts the plane on autopilot and challenges Kaiba again. When Kaiba gained the upper hand, Alister decided not to end his turn so the plane crash would kill him, Kaiba and Mokuba (in the dub, the seal would absorb all three of them if the plane crashed). In the end, Alister fails due to Kaiba using "Fang of Critias" to win the Duel and the Legendary Dragons saving the plane. As the seal takes his soul, Alister sees Mokuba as his brother and gives him his brother's Dyna Dude action figure before collapsing. 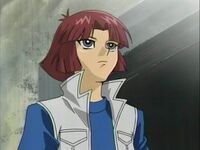 Alister after the Waking Dragon arc

He has another possible appearance at the end of the Grand Championship arc in the background by the Leaning Tower of Pisa during the celebrations of Yugi Muto's victory over Leon von Schroeder.

He appears at the end of the Dawn of the Duel arc during Pegasus' monologue, most likely searching for survivors from his town (or in the dub, his family).

Alister utilizes three Decks during the series. The first is a "Toon" Deck, used while he was masquerading as Maximillion Pegasus when Seto Kaiba came to confront him, and is Pegasus' own Deck. The Deck focuses on the Toon monsters, which are immune to destruction in battle and can attack directly.

After Kaiba destroys "Toon World" with "A Wingbeat of Giant Dragon", Alister reveals himself and begins to use his second Deck, a Gorlag Deck from his own Chaos Duel Disk. This Deck focuses on "Gorlag", who Special Summons any monster it destroys to Alister's field as a FIRE Attribute monster, raising its ATK for each FIRE monster on the field. Alister further supports "Gorlag" with "Aetonyx Flame" and "Fire Whip".

When Alister next encounters Kaiba, he uses an Army Deck of Machine-Type monsters that reflect the incident that happened in Alister's past where KaibaCorp-financed troops destroyed his village and killed his brother. Alister's ace monster in this Deck is "Air Fortress Ziggurat", his most powerful monster with 2500 ATK, and that spawns a "Robot Token" every turn, reminiscent of his brother's favorite toy.