From Yugipedia
Jump to: navigation, search
This article is about the tournament. For the arc, see Grand Championship (arc).

The Grand Championship, known in Japan as the KC Grand Prix, is a tournament in the Yu-Gi-Oh! anime.

Despite the defeat of Dartz, Yugi and the gang can't really celebrate since they're trapped in America; as Pegasus was the one who paid for them to fly there, the group is stuck since it would take forever to get a meeting with him to arrange a ride home. Mokuba promises them a ride home if they enter the next tournament KaibaCorp is hosting.

The tournament is hosted at Kaiba Land, and is being held to rebuild the company's reputation due to the damage it suffered thanks to Dartz. Being the ultimate tournament, the best Duelists from all over the world are being rounded up so they can battle for the chance to challenge Yugi for his title King of Games.

On the other side, one of the tournament entrants is a hacker trying to send a virus into KaibaCorp's main computer. Kaiba's main goal is to find out who the hacker is. It turns out that the hacker is a strong Duelist named Zigfried von Schroeder, who is actually participating in the tournament! 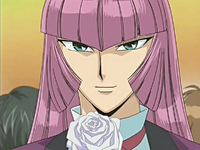 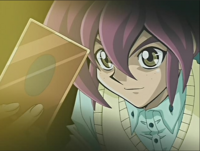 These characters appear in previous parts of the second series anime:

The matches are divided into two groups Block A and Block B. For purposes of brevity, some Duels were shortened or not shown. 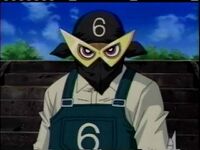 Solomon Muto (as Apdnarg Otum) gets ready to battle Joey

Joey used his typical luck strategy whilst Solomon Muto used the strategy that can turn the luck against Joey. Toward the climax of the Duel, Solomon Muto manages to Summon "Ancient Dragon" by using "Ancient City". Joey managed to win by using a combination of "Giant Trunade" and then "Premature Burial" twice in same turn.

Weevil Underwood and Rex Raptor kidnapped Salim to take his place at the Grand Championship. They are unmasked but Zigfried agrees to Duel against them rather than winning by default; the Duel becomes Zigfried vs. Rex and Weevil. 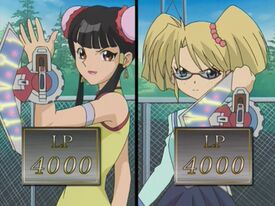 Rebecca faces off with Vivian, who constantly calls her a kid and fawns over Yugi. Rebecca uses her "Marie the Fallen One" and "Fire Princess" combo to take out 2000 of Vivian's Life Points. She also blocks Vivian with "Gravity Bind" and "Imperial Order"; however, Rebecca removes the second card to conserve her own Life Points. She then uses "Injection Fairy Lily" and "Guardian Angel Joan" for attacks, reducing Vivian to 400 Life Points; however, the effect of "Fire Princess" reduces Vivian's remaining Life Points to zero. 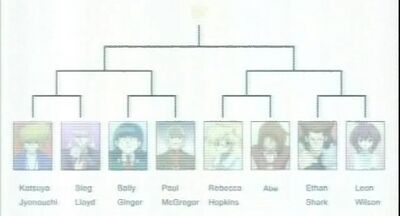 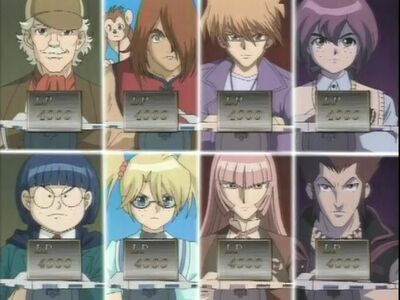 During this round, Zigfried sets off another computer virus that makes the attractions more dangerous, but not life-threatening. This clues Kaiba in on who is behind this. 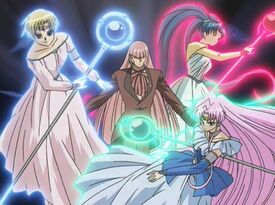 Joey Wheeler faces off against Zigfried.

Joey gets a bad hand at the start of the Duel, while Zigfried barely tries to fight back due to finding him not worth his attention. However, after suffering a direct attack from "Jinzo", Zigfried focuses on destroying Joey; however, Joey fends off attacks from the Valkyries by using "Hyper Refresh" to double his Life Points before they attack. He begins dismantling Joey's Deck with the help of "Nibelung's Ring" and his three Goddess of fate cards. However, Joey manages to use "Dangerous Machine Type-6", "Giant Trunade" and Roll of Fate to change the tide of the Duel. Unfortunately, he makes a poor choice on which monster to attack with Maximum Six, allowing Zigfried to power up "Valkyrie Brunhilde" with "Enchanted Sword Nothung", which gets stronger for each of Joey's removed monsters, reducing Joey's Life Points to 0 with one attack. 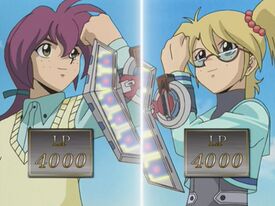 Rebecca's Life Points restoring strategy is nullified by Leon's Deck of "fairy tale rejects", which keeps destroying her monsters and blocking her Traps. Leon continues to try getting Rebecca to cheer up and enjoy the Duel, but only irritates her more and more. Both have children spectators cheering them on. Using his "Thorn Princess", Leon takes control of her "Diamond Head Dragon" and wipes out Rebecca's Life Points.

Vivian enlists the help of Yugi's grandfather in order to challenge Yugi to a non-competition Duel. If Yugi wins, Vivian will heal Yugi's grandfather's back. If Vivian wins, Yugi must go on a date with her ("become her love slave" in the original Japanese). Yugi uses Vivian's cards against her, Summoning "Dark Paladin" after she sends four Dragons to the Graveyard due to a Spell effect, allowing "Dark Paladin" to be strong enough to deplete Vivian's Life Points.

The Duel between Seto and Zigfried would decide whether or not that Zigfried would be able to be reinstated into the Tournament and get to play Leon for the title of the KC Championship. Seto used "Dimension Fusion" to let him Summon 5 of his removed Dragons. After they all attacked, they depleted Zigfried's Life Points. 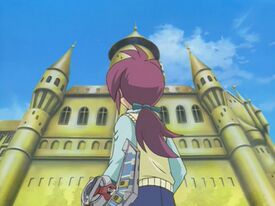 Leon faces off with Yugi. Leon is in fact a Von Schroeder, and Zigfried's little brother; Leon has been manipulated into thinking that he needs to defeat Yugi to restore his company's reputation. After being tricked into playing "Golden Castle of Stromberg", an illegal card, Leon also unwillingly releases a virus that begins erasing KaibaCorp's data. When Yugi deliberately thins his Deck into one card, he is able to destroy the illegal card and allow Leon to play fairly; however, he still loses the Duel when Yugi uses a combination of "Dark Magician", "Necromancy", and "Diffusion Wave-Motion". It also turns out that KaibaCorp had backup data, eliminating the virus.