From Yugipedia
Jump to: navigation, search
Not to be confused with "Box of Friends".
Toy Box 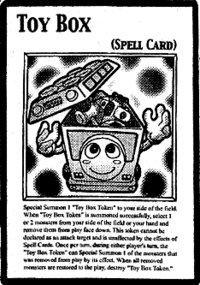