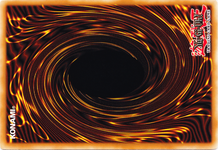 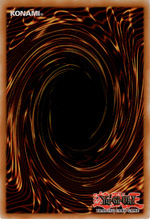 Face-down ( Uragawa hyōji "face-down-displayed") is a position in which a card's backing is visible; as the term "face-down" suggests, the card's face is placed against the playing surface, preventing it from being seen. This is the opposite of face-up.

The properties of a card (name, Attribute, Type, Level/Rank, ATK, DEF, effect) are not part of public knowledge while that card is face-down. A face-down card being looked at or revealed is still considered face-down (although its properties can be determined by card effects while being revealed) and is returned to its original position once the player(s) have finished viewing it.

Each player's Main and Extra Deck is placed face-down in their respective zone at the start of each game.