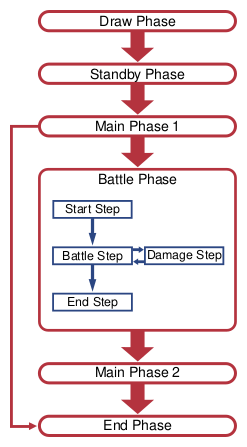 Order of a turn.

The Battle Step (Japanese: バトルステップ Batorusuteppu) is one of the four steps of the Battle Phase; specifically, it is the step in which attacks are declared. It is automatically entered after the Start Step or Damage Step ends, regardless of the turn player's intention to declare an attack.

Breakdown of the Battle Step[edit]