To equip (Japanese: Sōbi) a card is to attach a card as an Equip Card to a face-up monster.

A monster can be equipped with any number of Equip Cards, as long as there are Spell & Trap Card Zones for these Equip Cards.

In the anime, monsters will sometimes hold items they've been equipped with, for example in the waking of the dragons arc, The Fiend Megacyber picks up the Time Magic Hammer. 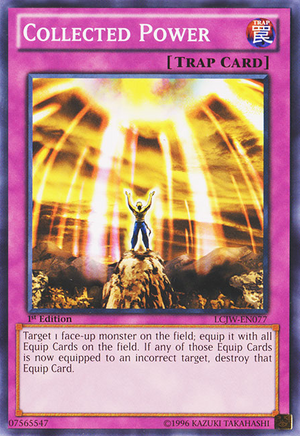