It is the only type of monster effect that can be activated in Summon negation window, and the only one that can be chained to another activation (excluding SEGOC). As such, monsters effects that negate the activation or Summon of something are all Quick Effects.

For cards without PSCT, Quick Effects are more difficult to identify. They can be identified by text which indicates the same timing as the PSCT standard. Some Quick Effects can only be determined to be that way due to rulings.

The player controls a face-up "Horus the Black Flame Dragon LV8", and it is currently the opponent's Main Phase 1.

Since Chains resolve backwards, this Chain would resolve as follows: 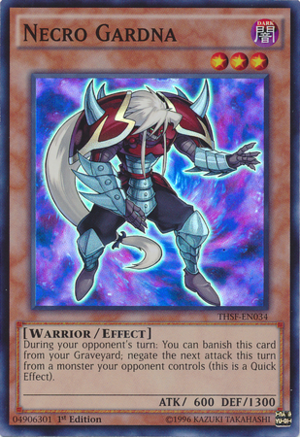